Tianjin's Binhai New Area is now home to over 500 Japanese companies including many Fortune 500 companies and renowned multinational companies, according to local officials.

Among them, 430 are located in Tianjin Economic and Technological Development Area – or TEDA -- with a total investment in the zone of over $6.1 billion.

Officials said the zone has been attracting top companies excelling in automobiles, electronics, equipment manufacturing and aerospace. They said that two new heavy weight members are settling in the area: Meiji Group and IRIS OHYAMA.

The Meiji Group, Japan's largest food enterprise group, signed a contract on Sept 17 to build a dairy products factory in TEDA -- the first one in North China – with an investment of $300 million.

Officials said this is one step taken by the company to realize its "Vision 2026" development plan with the goal of achieving long-term corporate value enhancement. They said China is its largest target market for overseas  growth. 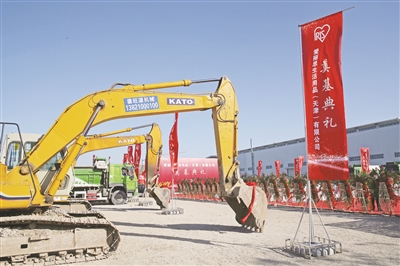 Tianjin will serve as the R & D, manufacturing and sales base of the group in North China. In the future, increasing investment will be injected in Tianjin to expand its home appliance products and a smart manufacturing plant, according to an executive.

Elsewhere, executives from FAW Toyota Tianjin, recently reported that after being equipped with its most advanced technology, its plant there reported  production of 13,400 vehicles in November.

During the same period, the annual sales revenue increased from 5.941 billion yuan to 53.969 billion yuan. 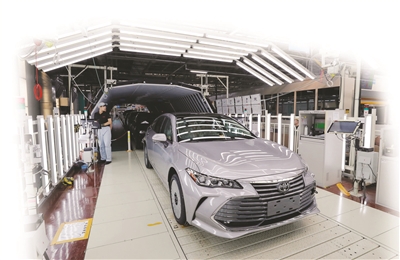