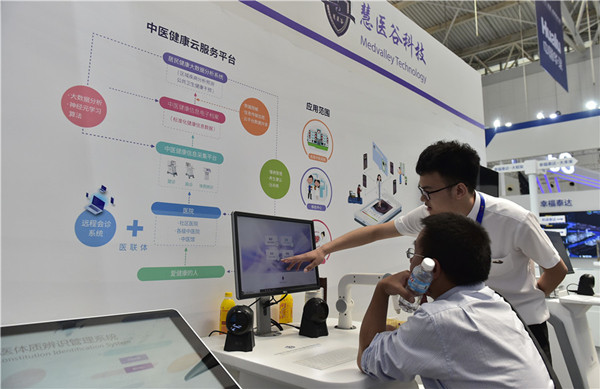 Estimates are that Tianjin's Binhai new area will by 2020 have seen the relocation there of over 1,200 corporate headquarters, financial institutions and high-end industries with an investment worth 400 billion yuan ($57.1 billion).

According to officials, by so doing the new area will  have firmly established itself as a demonstration zone for the Beijing-Tianjin-Hebei region's coordinated development.

They added that this was part of a bigger plan which envisages that by 2035 it will become an vital area of Beijing-Tianjin-Hebei – which is aiming to be world-level urban agglomeration-- and have world-class smart  and green port with a high density of shipping resources.

Officials said the area is beefing up efforts to expand its artificial intelligent industrial scale to 50 billion yuan ($7.24 billion) by 2020, which is expected to drive growth to the tune of 300 billion yuan in investments in related industries.

Meanwhile, financial innovation is also in focus in the area. Officials say it is now setting its sights on drawing in first class financial institutions, building a vibrant financial market, attracting financial experts and a properly managed market.

Officials said that some 200 billion yuan in special funds have been established by a determined local government to support the area’s high-quality development and smart transfers.