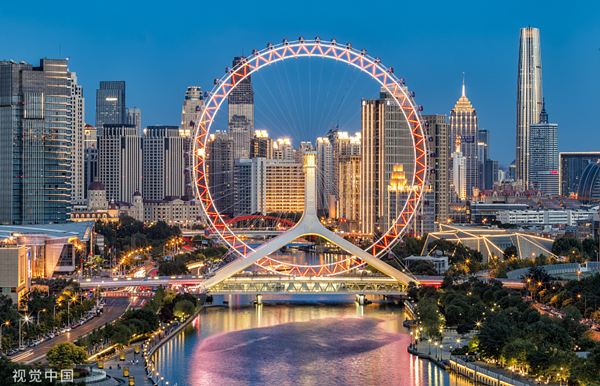 A giant Ferris wheel, the "Tianjin Eye", in North China's Tianjin. The wheel is 110 meters in diameter and equipped with 48 capsules. [Photo/VCG]

The Wharton Economic Institute released its "2022 Top 100 Cities in China" ranking, categorizing 110 cities of prefectural level or higher based on their soft and hard economic power. Tianjin ranked 10th on the list.This is the eighth year for the institute to release its ranking.