Tianjin is a city that is a blend of modernity and history and it boasts unique museums. As China's first national maritime museum, National Maritime Museum of China and the one and only Zhou Enlai and Deng Yingchao Monument are located in Tianjin. The harbor city is also home to Tianjin Museum, Tianjin Confucian Temple Museum, Guangdong Assembly Hall and Tianfei Palace Remains Museum, which has the only Mazu remains in the north of China, and more. 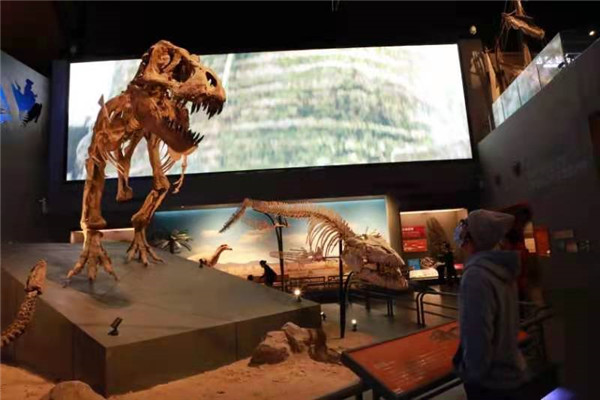 Covering an area of 150,000 square meters, the three-story museum has been dubbed the "ocean version of China's Palace Museum," as its 23,000-square-meter exhibition hall covers a wide range of themes including marine ecology and environment, science education and interactive programs, as well as Chinese maritime culture and history.

It is a comprehensive museum of history and art. Founded in 1918, it is one of the first museums in China. The museum attaches importance to the collection of ancient Chinese art works as well as modern and contemporary historical literature and local historical documents. In addition to 200,000 books and reference materials, its collections include some 200,000 art works of ancient bronze, jade, ceramics, bamboo, horn, calligraphy and painting, Dunhuang books, and modern history literature.

The monument is built to commemorate China's late premier Zhou Enlai and his spouse Deng Yingchao. Zhou and Deng spent their youth in Tianjin and they had always considered Tianjin their second hometown, thus their will had expressed their wish that their ash be scattered in the Haihe River.

Founded in 1914 as Beijiang Museum, Tianjin Natural History Museum took its present name in 1957. It boasts a collection of 400,000 biological specimens, including 1,282 rare items of the first and second classes, and 1,452 type specimens. With ”Homeland” as its theme, the new museum is the first panoramic theme museum of natural history that involves nature exploration, scientific experience, and science education.

Tianjin Science and Technology Museum is one of the largest comprehensive science and technology museums with advanced facilities in China. Visitors can interact with more 80 percent of the exhibited objects.

Address: Southern side of Tianjin Drum-tower

Ticket Price: 30 yuan for adults and 15 yuan for children

Tianjin Theater Museum is the largest Qing Dynasty assembly hall with most delicate interior decorations. The theater stage, one of the most precious Chinese wood-structure architectures, is the body of the museum. Up above the stage hangs the ten-ton spiral ceiling structure functioning as a loudspeaker. Mr. Sun Yat-sen had gave a speech here in 1912.

Completed in Yuan Dynasty, TianhouTemple is the oldest temple preserved in Tianjin. Tianhou Temple, inn conjunction with Putianmeizhou Mazu Temple in Fujian Province and Beigangchaotian Temple in Taipei, has been nominated one of the world's three most famous Mazu temples. It has thus become a research and study center for scholars and students from home and abroad.

Introduction: The museum is home to ancient Mazu temple remains, the cause and development of Mazu worship, and the history of Tianjin. As the first Mazu temple in the north of China, even Tianfei Temple has a history 100 years longer than the city of Tianjin Wei.