Everyone in Tianjin has contributed in one way or another to the city’s resolute and unrelenting fight against the COVID-19 outbreak, including expats. Some of them have volunteered to help Tianjin with city-wide nucleic acid testing, overall screening and other preventative measures. 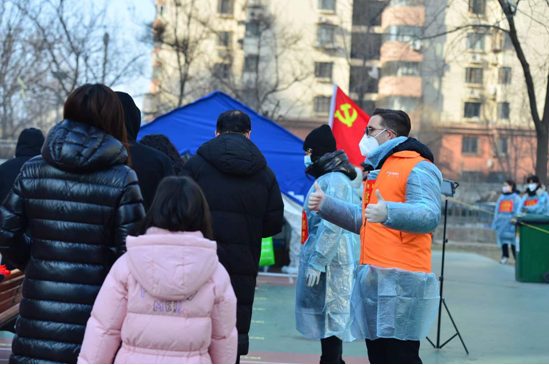 "China is my home and I think of myself as Chinese,” said John, a man from Belgium who helped organize testing in his community. His community, Sunac Magnetic Capital in the city’s Nankai district, is one of Tianjin’s international communities. Among its 6,000 households, 1,800 people are expats from 18 countries, according to the community management committee.

Their help has smoothed communication and advanced anti-virus cooperation with overseas residents.

John shares a deep connection with Chinese culture. At 17, he learned martial arts from a Chinese teacher. He also learned Chinese by himself. In 2011, he made his dream come true to live and work in Tianjin.

"It's amazing for Tianjin’s government to have completed nucleic acid tests for its more than 14 million people within 24 hours," he said.

Tianjin University international student: Standing with you in the freezing night 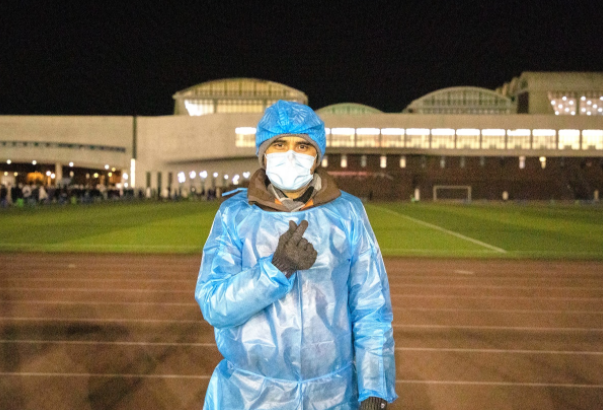 On the night of Jan 12, teachers and students at Tianjin University were undergoing a third round of nucleic acid testing. Muhammad Shoaib, a Pakistani international student, signed up to join the volunteers, though the temperature had dropped sharply to minus 5 degrees. "I want to help others, like what others at Tianjin University are doing!”

“I like traveling, and I love Tianjin, especially the food here,” said Muhammad, who is now pursuing his PhD in water engineering at the top university in Tianjin. “Since the latest COVID-19 outbreak, my teachers and classmates have been working day and night to curb the virus spread on campus. I feel moved by their contribution and want to be part of them.” 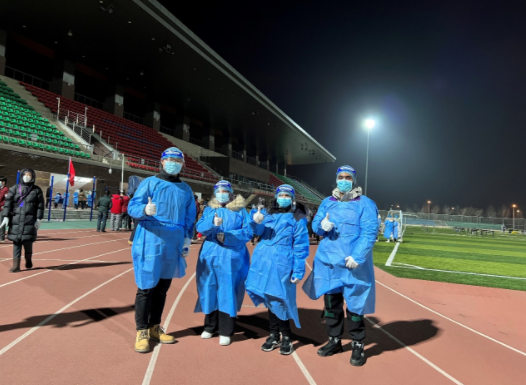 On Jan 14, at the site of the fourth round of nucleic acid testing for all staff on the Jinnan campus of Nankai University, Islam Akhtar, a Pakistani graduate student from the School of Environmental Science and Engineering, was maintaining order.

"It was my first time as a volunteer, and I realized their difficulties in arranging nucleic acid testing, lockdown management, logistics support,and more," Abeer Samir Sayed Osman said.

"I have been studying in China, and I have personally experienced how much the Chinese government has paid for the prevention and control of the epidemic. China is Pakistan's best friend. The Chinese government and people have given me the opportunity to study in China. I hope to be able to do something when it needs my help,” said Islam Akhtar.

International volunteers from Tianjin University of Technology and Education 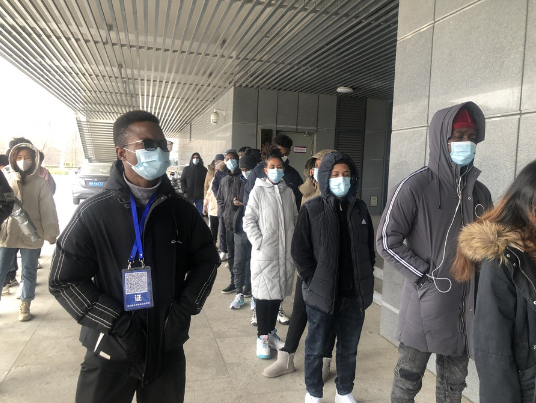 Desta Yohannes Hailemeskel, an Ethiopian doctoral student from the Tianjin University of Technology and Education, and Capo-Chichi Segnon John-Isaac Oluwaseyi, an undergraduate student from Benin, volunteered to help with the mass nucleic acid testing.