Story of old buildings in Tianjin 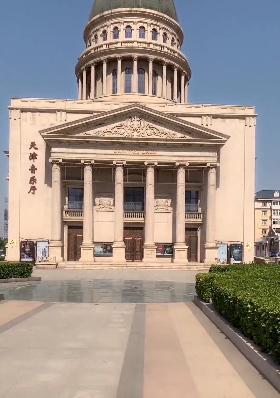 As the core part of Tianjin's downtown area, Heping district is speckled with traces of history. From the spread of Marxism and the establishment of the local organization of the Party in Tianjin, to the the revolutionary efforts of the people of Tianjin under the leadership of the CPC, and the liberation of Tianjin, many written records and red relics remain in Heping district.

As this year marks the 100th anniversary of the Communist Party of China, Heping has organized experts to select 22 representative sites from more than 60 revolutionary sites in the district, including the former site of the Xinsheng Society, the former site of the North Bureau of the CPC Central Committee and the original site of the CPC Central Committee Secret Printing Plant in Tianjin. A red map of Heping is drawn for the general public to visit and learn about them. Short video stories about these 22 red sites have been shot as well so that people can experience these vivid red heritage sites online.