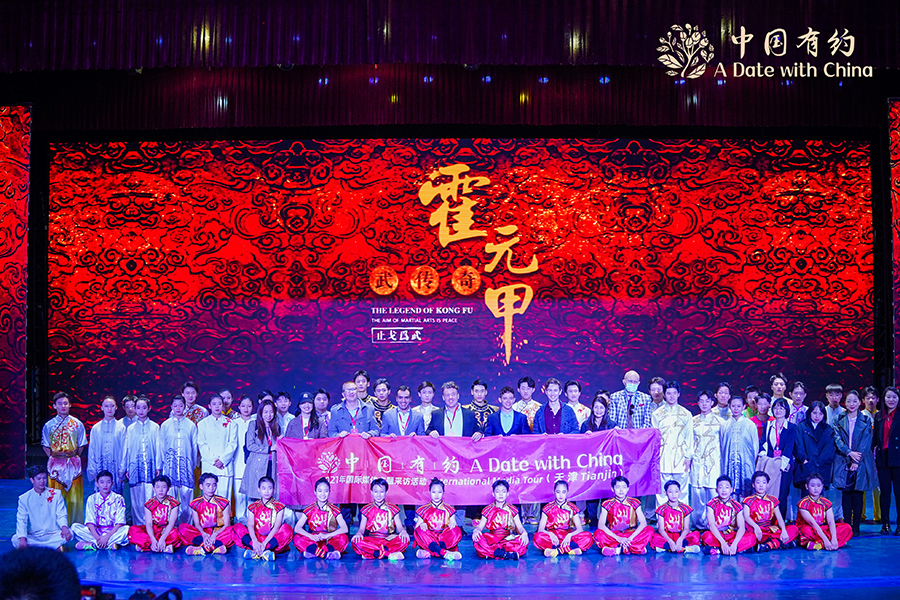 Foreign journalists and internet influencers take picture with performers of The Legend of Kung Fu in North China's Tianjin on Oct 22, 2021. [Photo/chinadaily.com.cn]

Foreign journalists and internet influencers from countries such as the United States and Ireland on Friday watched The Legend of Kung Fu, a show dedicated to kung fu legend Huo Yuanjia, in North China's Tianjin during "A Date with China" international media tour.

It is a part of the third leg of the "A Date with China", which kicked off in Tianjin on Friday.