The Haihe High-end Forum on International Consumption is held in north China's Tianjin on October 21. [Photo provided to exploringtianjin.com]

Chinese e-commerce giant JD will fully leverage its strengths and work with its partners to assist north China's Tianjin in the building of an international consumption center and promote the high-quality development of relevant industrial chains. 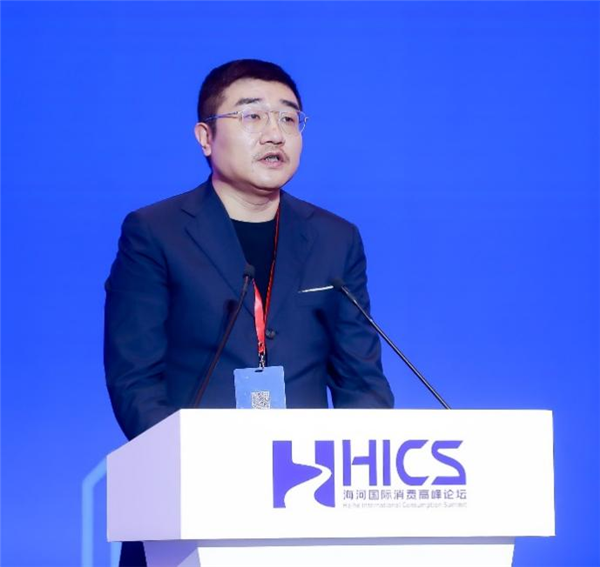 President of JD Xu Lei delivers a keynote speech at the forum in Tianjin on October 21. [Photo provided to exploringtianjin.com]

Xu Lei, president of JD, made these remarks at the Haihe High-end Forum on International Consumption in Tianjin on October 21.

Together with Shanghai, Beijing, Guangzhou and Chongqing, Tianjin was approved by the State Council in this July to pilot the building of an international consumption center.

Xu said JD has built a solid foundation of cooperation with Tianjin over the past few years. According to an agreement of cooperation reached between both sides in July, JD will grant full support to Tianjin in the building of its digital economy and high-level clusters of digital industries and the integrated development of the digital economy and the real economy during the 14th Five-Year Plan (2021-25) period.

So far, both sides have made noticeable progress in their cooperation on multiple fronts, such as intelligent logistics, intelligent city and "Internet plus".

Xu said the building of an international consumption center requires innovation, integration, reshaping and activation in the full promotion of consumption. JD and other firms, which have been simultaneously fostered with the genes and property of the real economy and the nature, technologies and qualifications of the digital economy, are the driving force in the promotion of the high-quality and sustainable development of the consumption market.

In addition, these firms will together play an irreplaceable role in the building of an international consumption center through providing candidate cities with great support in the aspects of infrastructure building and innovative and integrated development.

JD has received wide recognition from the public and industry insiders for its commitment to industrial and social values in the building of a new-model real business. For instance, it ranked second on the list of 2021 Top 100 Chinese New-model Real Business Entities, which was released by the China Enterprise Evaluation Association at the forum, and aimed at fostering a demonstrative effect and rallying support from new-model real business entities in the promotion of the high-quality growth of the real economy.

Xu disclosed that his company officially launched its campaign for this year's Double Eleven shopping spree on the night of October 20. He hopes that the online shopping event will provide new-model real business entities with important opportunities in driving industrial growth, foster a number of leading enterprises in the digital upgrading of the real economy, and chart a collection of clear paths for the future development of the real economy. 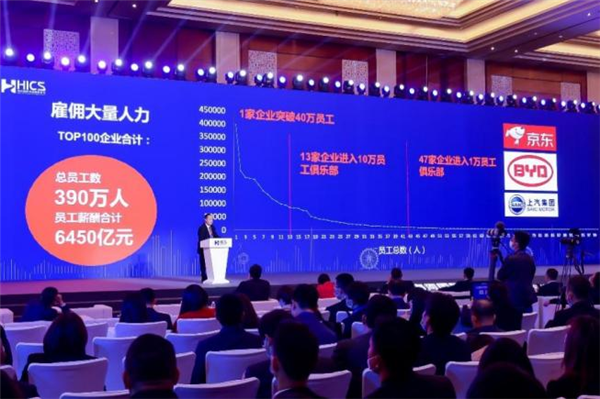 President of JD Xu Lei speaks at the Haihe High-end Forum on International Consumption in Tianjin on October 21. [Photo provided to exploringtianjin.com]