The foreign friends on A Date With China Hello Tianjin international media tour arrived at Tianjin Haihe River and took a cruise to experience the charming night views of modern Tianjin. 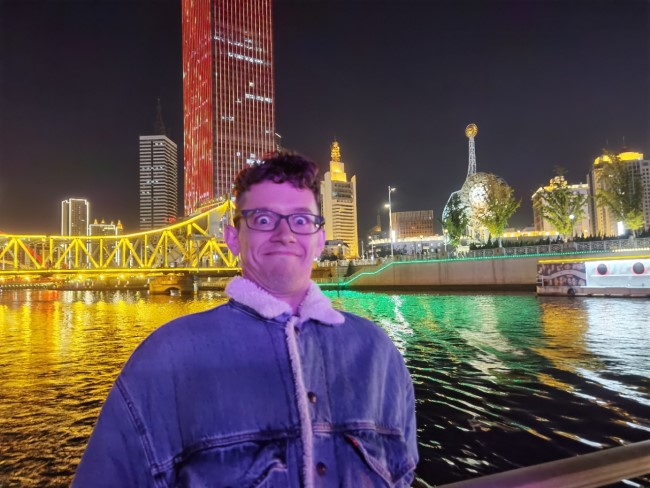 A foreign friend makes a face during his cruise trip along Haihe River. [Photo provided to chinadaily.com.cn]

Colorful lights reflected and twisted as the cruise ship sent ripples across the river's surface. The surrounding historic buildings and bridges and the city's modern skyscrapers were stunningly mirrored on the water's surface. 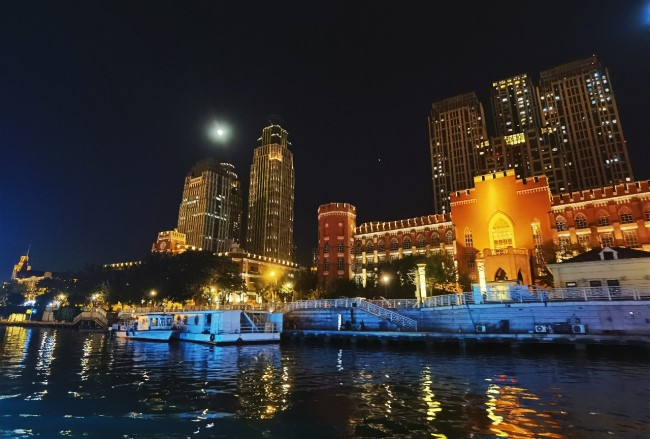 Colorful lights shine at the surface of Haihe River. [Photo provided to chinadaily.com.cn]

During the trip, British veteran photographer Bruce Connolly shared his captures of the city's historical and classical western-style architecture. 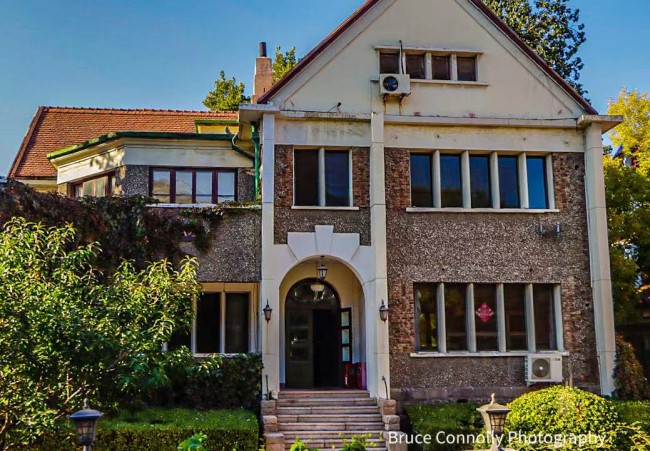 A western-style house in Wudadao area, or the Five Avenues, one of the top tourist destinations in Tianjin [Photo by Bruce Connolly] 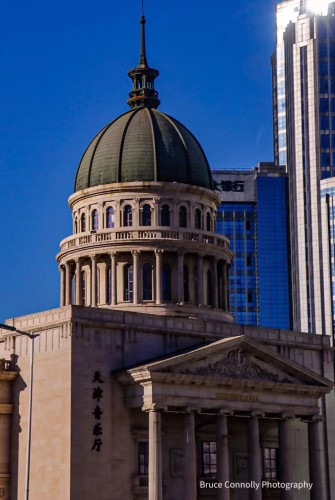