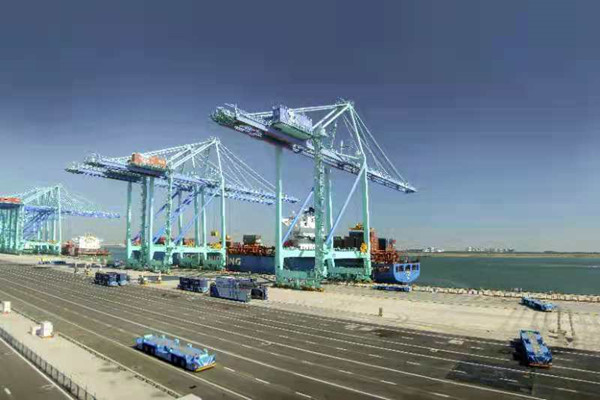 Tianjin Port unveiled on Sunday what it says is the world's first dock to operate with zero carbon emissions.

The dock, located in the C Area of Beijiang port's intelligent container dock zone, was put into service after an inauguration ceremony on Sunday.

Container handling capacity is estimated at 2.5 million twenty-foot equivalent units per year, according to Tianjin Radio.

He added that the port group aims to become the world's top intelligent port.

During the first three quarters, the port handled 351 million tons of cargo, a historical high, and grew by 4.5 percent year-on-year.

During the period, it was No 8 on a list of the world's largest ports in terms of its total container handling capacity, the company said in a news release.