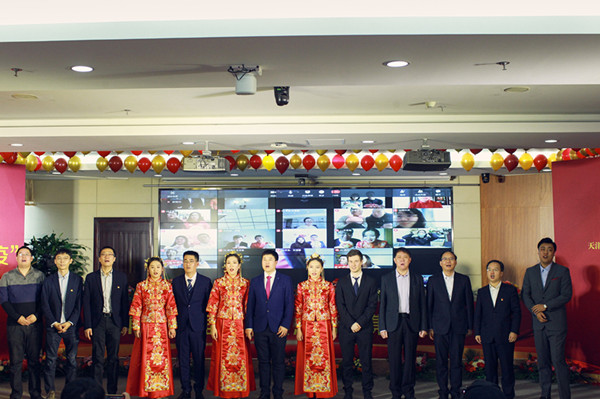 Sixteen couples enter matrimonial bliss together on Saturday during a “cloud collective marriage ceremony” in Binhai New Area, Tianjin. Some of them served as frontline workers during China’s battle against the COVID-19 outbreak. 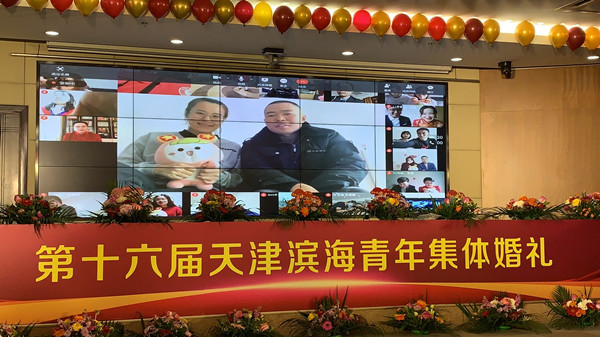 Three of the couples attended the ceremony in-person at the venue, while the 13 other couples participated in the wedding online. During the event, videos were played that shared the stories of the newlyweds who were unable to attend in-person, while the three couples at the venue told their love stories. 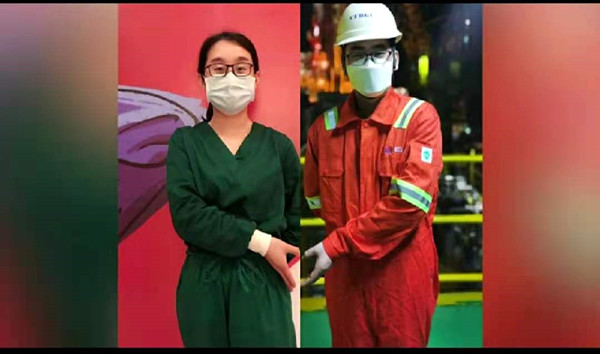 Among the three couples who were married on-site were medical workers who battled the novel coronavirus in Hubei province, workers from China Construction Eighth Engineering Division and a German couple from FAW-Volkswagen Tianjin.