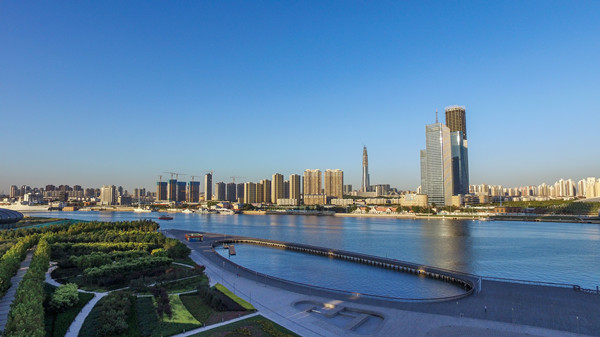 Tianjin reported a gross domestic product of 10,09.54 billion yuan($151.39 billion) in the first three quarters of the year, meaning the city has stayed level in comparison to 2019.

Of the total figure, the added value of the primary industry was 12.89 billion yuan, down 3.1 percent year-on-year, narrowing the decline by 5.5 percentage points from the first half of the year. Meanwhile, the secondary and tertiary industries also kept even with last year.

Foreign funds showed confidence in Tianjin over the period. The coastal city witnessed an increase in direct investment foreign enterprises of 35.2 percent year-on-year, bringing the total to 423, with a contracted investment of $26.134 billion.

The city's industrial enterprises above designated scale - those with an annual sales revenue surpassing 20 million yuan - have recently showed a robust recovery. While their value-added declined by 5.7 percent in the first half of the year, it increased by 10.7 percent last month.

Among them, the ones engaged in strategic emerging industries contributed 26 percent of the added value, up 5.1 percentage points year-on-year.

Since July, the growth of fixed asset investments has been accelerating, with an increase of 3.9 percent in September.

In the first three quarters of the year, 370,100 new jobs were created in the city. The per capita disposable income of residents in the city was 34,469 yuan, an increase of 2.5 percent.