On Feb 14, it snowed heavily in Tianjin, the air becoming cool and tasteless and the city turning white and quiet. The sight of it made Wang Xin (not her real name), who hadn’t been able to breathe the outside air for 14 consecutive days, particularly excited.

Confirmed as infected on Feb 1 and discharged on Feb 14, Wang Xin spent 14 short - and yet long - days in Haihe Hospital, Tianjin's special hospital for treating the novel COVID-19. 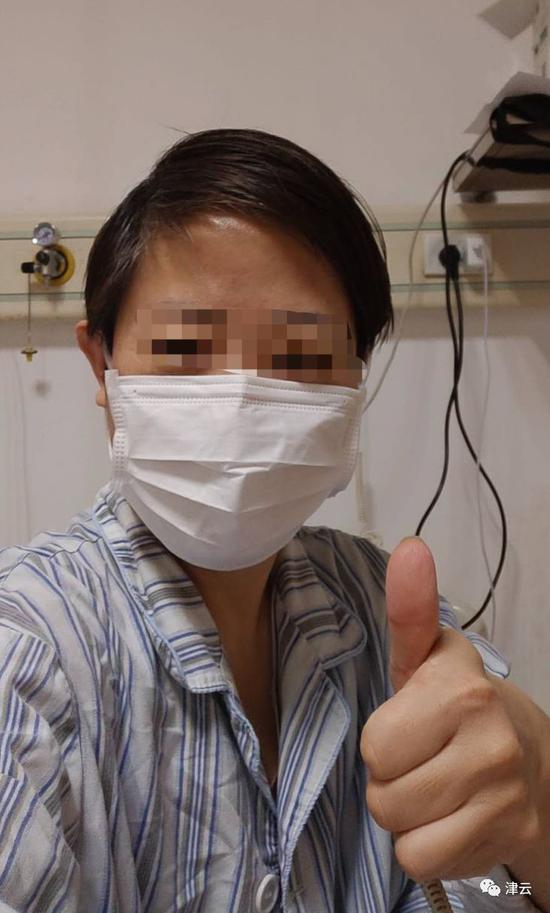 40-year-old Wang Xin, mother of a 12-year-old girl, lives in Tianjin’s Baodi district and works in the Baodi Department Store. On Jan 23, she returned home after a day’s work and joined her family in counting down to the upcoming Chinese New Year in an excited and warm atmosphere.

In the early morning of Jan 24, Wang felt a pain in her chest, which she assumed might be the result of getting up too early and did not think much about. At 8am, she arrived at the Department Store.

“When I came into the office, I felt a little cold, and toward noon I had a low fever,” said Wang. She returned home early as she felt sick. “I took some cold medicine, and my temperature returned to a normal level after a while."

On Jan 24, the Tianjin COVID-19 Prevention and Control Leading Group made the decision - in accordance with the city’s Emergency Response Plan for the COVID-19 epidemic and the prevailing prevention and control situation - to activate first-level emergency response in an effort to contain the spread of COVID-19.

On Jan 25, Wang continued to share information about buying epidemic-prevention goods with friends and relatives online, and reminding them to stay at home and wear a mask if they went out. But she felt uncomfortable again. This discomfort was actually a sign she had caught the virus.

“It was mainly chest oppression, followed by low fever,” Wang recounted. The symptoms repeated until Jan 27. She thought it was simply a fever caused by the common cold.

On Jan 28, the Tianjin Headquarters of Epidemic Prevention and Control announced at a press conference that the Spring Festival holiday would be extended. Citizens were reminded to seek medical attention immediately in case of fever, cough and other symptoms.

By Jan 31, as her condition had shown no improvement, Wang was admitted to the fever clinic of the nearby Baodi Hospital.

After being examined in the hospital, Wang was assigned to a single ward for medical observation. “I was taken to a ward for infusion, and during the process, doctors kept coming in and asking me about my condition. I began to feel that things were bad,” Wang recalled. A few hours later, her doctor told her that she had to be transferred to Baodi People’s Hospital for further diagnosis. Upon hearing this, Wang became nervous and worried.

In the early morning of Feb 1, a doctor told Wang that she had tested positive. “At first, I didn’t understand and asked what ‘positive’ meant. The doctor then told me that I was confirmed as a COVID-19 case,” said Wang. She showed no panic on the result. “I didn’t expect to get infected. And I felt guilty and feared I might transmit the virus to others.” Wang tried to cheer herself up while feeling upset about the disease. “I was sure that I would be cured. It was just an ordinary illness,” she continued.

After Wang was confirmed as a COVID-19 case, her family, as close contacts, were held under observation in quarantine, as required. A cozy Spring Festival get-together was destroyed by the outbreak of an epidemic and the family members, separated in different places, were very worried about each other.

“Isolation was also a kind of protection for them. My biggest concern was my daughter. She’s only 12 and I was afraid that she might feel mentally stressed.” Wang said she couldn’t fall asleep at night and had tears in her eyes thinking about her daughter. Fortunately, they could stay in contact and inquire about each other’s situation by cell phone.

On the morning of Feb 1, Wang was transferred to Haihe Hospital by ambulance. “Because of my work, I often have to shuttle between downtown Tianjin and Baodi. But that day, when I was on my way to Haihe Hospital in the ambulance, I looked out the window and suddenly felt that the scene outside was so beautiful,” Wang said.

Haihe Hospital set up a “red zone” on Jan 20, with 23 different wards equipped with 478 beds, all meeting the standard for receiving COVID-19 patients. The hospital was established in 2003 during the SARS epidemic, and it has now been tested once again amid the COVID-19 outbreak.

Wang began to receive treatment in Haihe Hospital, where she spent the first day taking various examinations. “The doctor gave me five tablets, two yellow, two red, one white, and there was also a packet of traditional Chinese medicine,” she said. 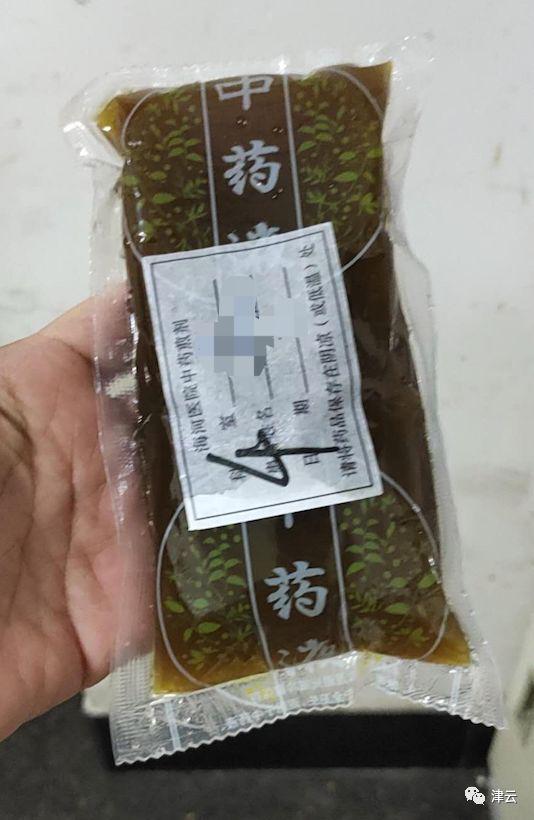 Wang began to suffer from chest pain and vomiting on Feb 2. “I couldn’t eat anything and felt sick at the sight of food.” She searched on her phone for video clips about eating food to stimulate her appetite. “Following the advice of the presenter of the video, I stuffed my mouth with food and chewed it hard,” Wang recalled.

Wang received many phone calls from her relatives and friends during her stay in the hospital, but she never answered them, seeing those phone numbers so familiar to her. “I was afraid to answer for fear of losing control of my emotions.”

Wang remembered that the first snow of 2020 fell on the city four days after she was hospitalized. Standing by the window and looking at the snow-covered road outside, she felt like going out for a walk and gathering up a handful of snow. Later, as she lay in bed, filled with regrets, a nurse knocked at the door and came in with a bag in hand. “You want to play with some snow?” they said. Wang could not hold back her tears.

“We patients could talk with doctors and nurses all the time. And sometimes they did what they could to make me laugh,” Wang told this reporter, adding that the doctors were so considerate and caring as to make ward rounds every two hours or so, and the nurses were there all the time to give infusions, deliver food, and soothe the patients. As she began to trust the doctors and nurses more and more, Wang gradually calmed down and started watching some funny videos on a tablet computer provided by the hospital.

“They have their kids, husbands and parents too, but they couldn’t return home for the New Year because of us.” Wang Xin realized that she was isolated for her own reasons while the medical staff were there for the sake of the patients. She thought they were fantastic. 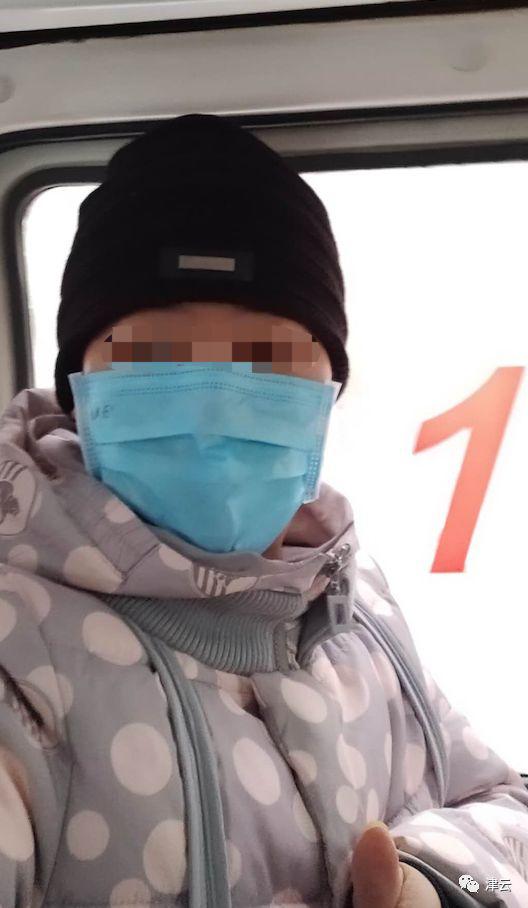 With four different dishes, soup, fruit, protein powder, and more, nutrition supply in the isolation ward was better than Wang expected. Meanwhile, she took her medicine on time every day, according to the doctor’s advice, with even more enthusiasm than she had her meals.

Wang’s condition began to improve on Feb 8. She had another CT scan. “My doctor told me I was better. And I could feel that myself. At least I had an appetite and didn’t have to force myself to eat.” Over the next few days, she said, the cough and fever symptoms gradually subsided and even disappeared.

On Feb 12, a series of tests showed good results. Further evaluation by doctors indicated that she met the standard of being discharged. “Mentality is very important. We must have confidence and cooperate with the doctors, and the disease is not so horrible.” Wang Xin’s voice was powerful.

Speaking of the doctors and nurses who treated her, Wang said they were the ones she would most like to thank. “They are working so hard, and they have to work with protective suits on for 6 to 8 hours every day. Sometimes I’d think we patients are happier than they are because they just never stop moving.”

Wang Xin walked out of “Tianjin’s Xiaotangshan” in the afternoon of Feb 14. “Through this experience, I’ve learned to cherish and be grateful for what I have,” she concluded. “I should cherish the time with my family. However ordinary a day is, it does not come easy. I should be especially grateful to all those who have helped and supported me during this time.” 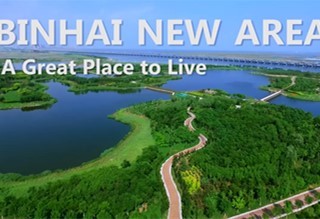