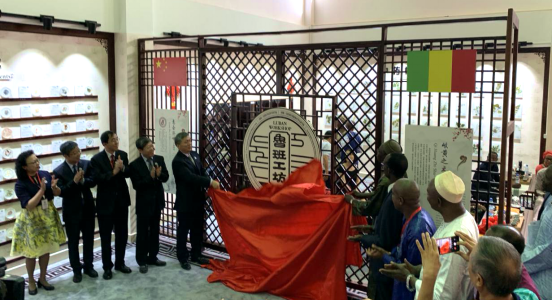 The opening ceremony of Luban Workshop in Mali. [Photo/tjyzh.cn]

For Malian people in West Africa, Chinese doctors are their trusted and reliable  friends. Now, they have welcomed another beneficial Chinese project - Luban Workshop - which is designed to facilitate healthier lives in the region.

A ceremony was held on the afternoon of Dec 20, 2019 (Beijing time) to mark the unveiling of a Luban Workshop in Bamako, the capital and largest city of Mali.

It is part of a campaign by China to set up 10 Luban Workshops in Africa in order to offer vocational training for local young people.

The latest Luban Workshop was jointly built by Tianjin Medical College, Tianjin Red Star Vocational School, Bamako University of Science and Technology, and the University of Arts and Humanities of Bamako. 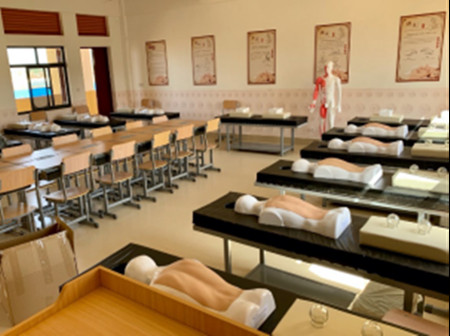 The project echoes what happened 600 years ago, when Zheng He led the world's most powerful fleet on ocean voyages westwards, seven times, visiting many countries in Asia and Africa. Instead of seizing a colony or establishing a military base, he made gifts of China's then-advanced achievements and civilized artifacts.

The 400-square-meter Luban Workshop in the University of Arts and Humanities of Bamako offers practical courses about traditional Chinese medicine.

"It is artemisinin." In the TCM specimen display area, Sade, a student at the university, finds artemisinin among over 200 exhibited specimens. After stopping and observing it for a long time, he takes out his mobile phone and photographs the plant. "I have to remember it well, because it saved my life."

Three months ago, Sade contracted malaria and was treated using artemisinin, which has also saved millions of lives in Africa. He later found a picture of the discoverer, Tu Youyou, winner of the 2015 Nobel Prize for the discovery of artemisinin, and bowed before it to show his thanks. 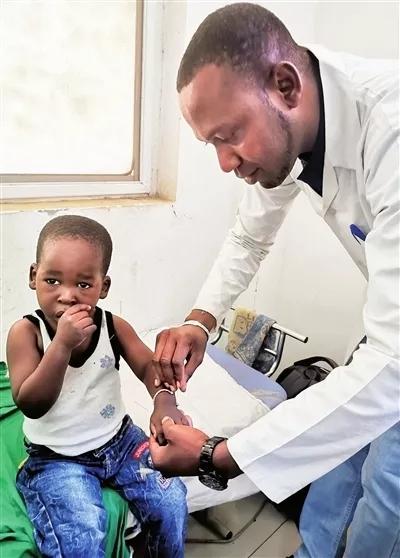 In the traditional Chinese medicine diagnosis and treatment rehabilitation area, Cheng Suli, a massage and acupuncture teacher from Tianjin Medical College, shows the local students how to find the 40 acupoints on the arm.

When picking up the acupuncture needle for the first time, then plunging it into the Hegu acupoint on the arm model, students from Bamako University of Science and Technology major in surprise.

"Currently, we have developed new teaching materials for local teachers and students learning Chinese medicine and technology," said Zhang Yanwen, president of Tianjin Medical College. "Next, we will conduct joint research with two universities in Bamako, co-developing a professional curriculum and teaching materials. We aim to cultivate local talents from the area.”

Mohammed, a two-year-old boy sitting in his mother's arms, is waiting to see a doctor. "When the child was born, the nerve in his left arm was damaged and he has been unable to move," says his young mother. "After receiving acupuncture for more than three months, he has been able to lift it up to 10 cm. I believe it will be better in the future. Special thanks to Chinese medicine." 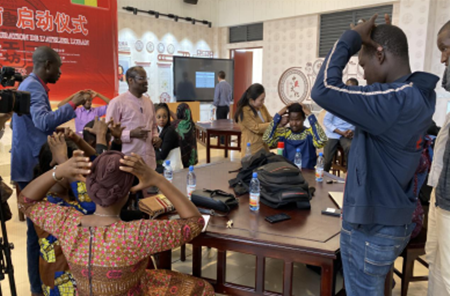 "Acupuncture is very popular in Mali. Now there are dozens of people receiving consultations," said Yao Jiane, a pharmacist working in a Mali hospital. "Traditional Chinese medicine, represented by artemisinin, is well-received by local patients.”

China has sent aid in the form of medical teams for consecutive 51 years and has saved numerous lives. The completion of the Luban Workshop has strengthened the friendship between China and Mali.

"Luban Workshop will cultivate much-needed skilled talents for the development of Mali. In the future, Chinese medicine technology is expected to be incorporated into the teaching system of Malian institutions of higher learning," said Guo Li, principal of the Red Star Vocational College.