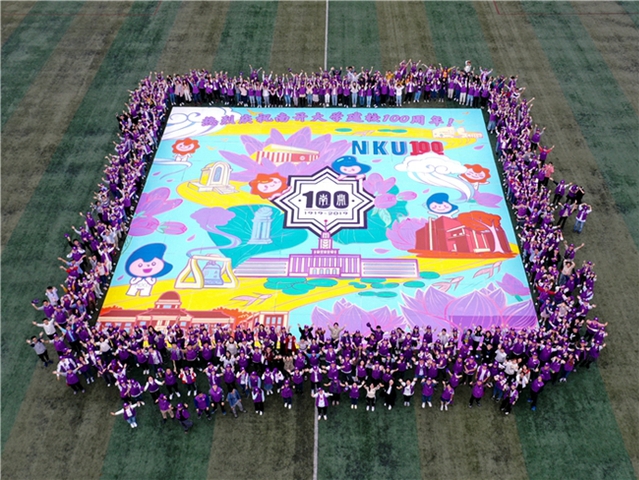 In the runup to Nankai University's upcoming 100th anniversary on Oct 17, over 500 students worked together to draw a huge free-hand painting as a tribute for the centenary, officials said.

The nearly 400-square-meter canvas work is spliced together from 100 pieces, which were drawn by 100 groups on Oct 10. 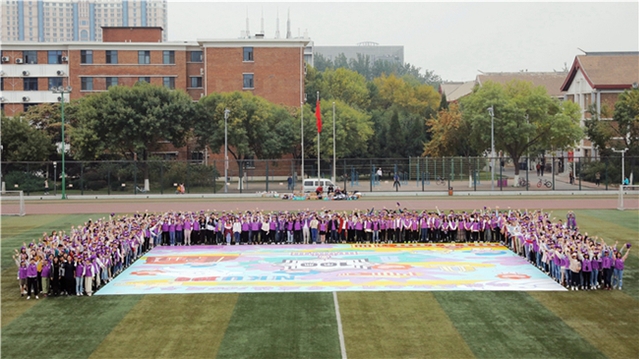 With the symbol for the Centenary Celebration of Nankai University as its visual anchor, the painting depicts the school's main buildings -- including Muzhai Library, the Southwest Associated University Monument and the Oriental Art Building. 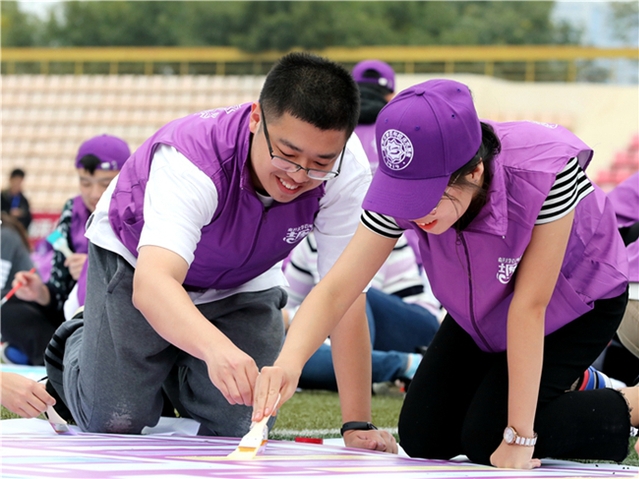 Also represented is Datong Student Center, the sundial,  school bell, TEDA College -- as well as the mascots for the centenary celebration, representing the time-honored history and promising future of Nankai University.

The core hue of the painting is pale purple, the university's adopted symbolic color. 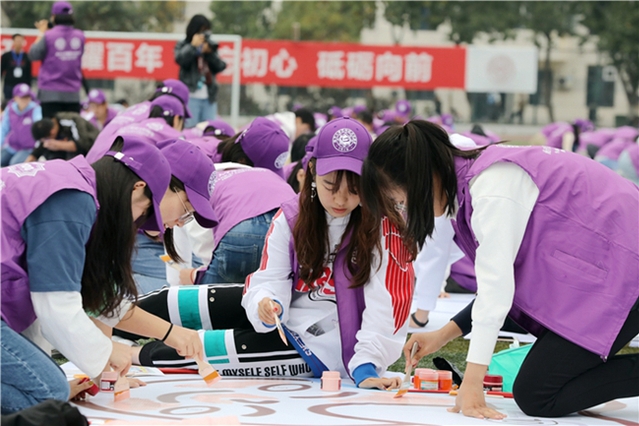 Officials said the lotus is also a key symbol of the painting, reflecting the lofty and noble character of the staff and students of Nankai University.

After several hours of careful painting and splicing, the free-hand painting was finished.

University teachers and students took a group photo together with the painting and toasted their school.