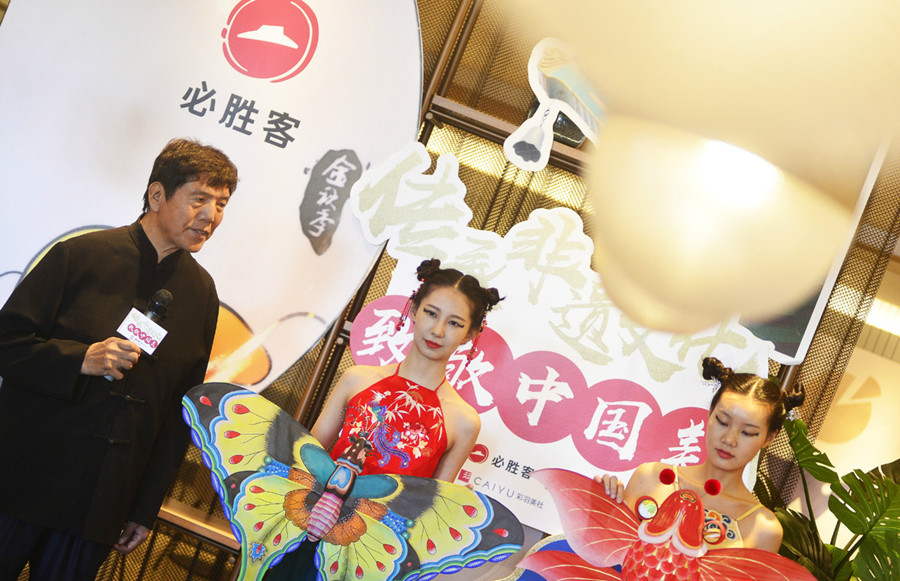 It is Pizza Hut's first campaign with the century-old museum to inspire public awareness in intangible cultural assets.

Wei He, director of the Cultural Creativity Department, Tianjin Museum, said: "The museum aims to boost the combination of the intangible cultural arts with culinary arts, so we came up with the idea to collaborate with the Yum China." 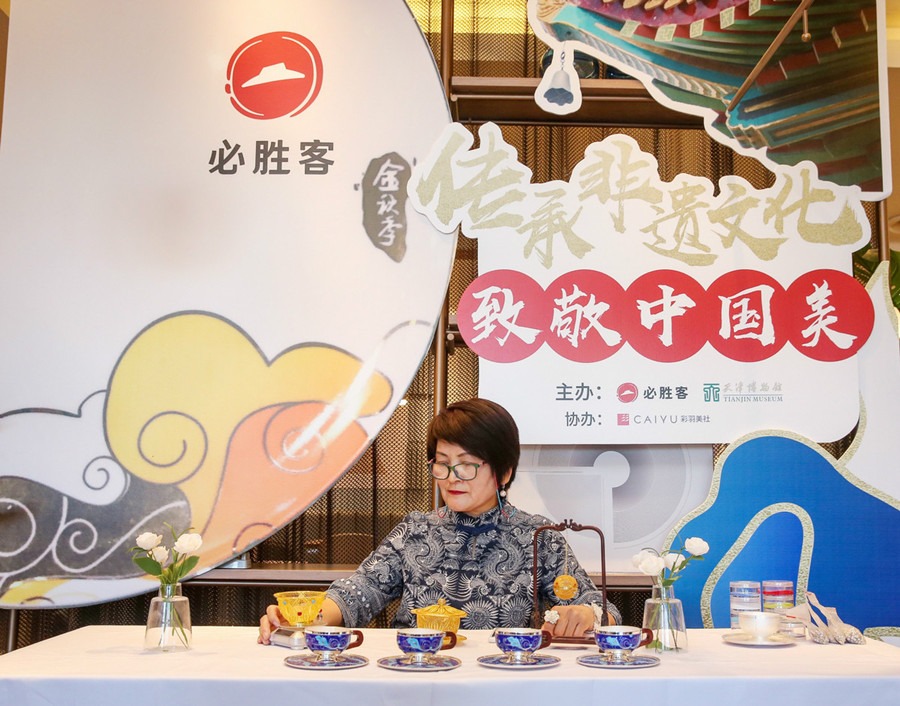 Wang Hui, head of the Chinese costume department of the club, said in recent years, Chinese apparel have seen sales surge significantly worldwide, representing a major trend in the industry.

The club presented some costumes during the event.

Pizza Hub has begun a major campaign promoting Chinese influences, such as Beijing and spicy Hunan flavors in the company's pizzas.

This autumn, the brand began the campaign The Pride of Chinese Taste, adopting new porcelain plates with traditional Chinese cultural styles including the colors of dark red, indigo blue, golden yellow and pine tree green and the design of major Chinese style cultural elements such as the peony, auspicious cloud, mountain and river.

Pizza Hut aims to inspire more mergers of the arts and food and plans to launch more Chinese-flavored pizzas for Chinese costumers.

In the near future, a Chinese intangible cultural assets-themed restaurant will open in Tianjin, as result of the collaboration between Yum China and Tianjin Museum. 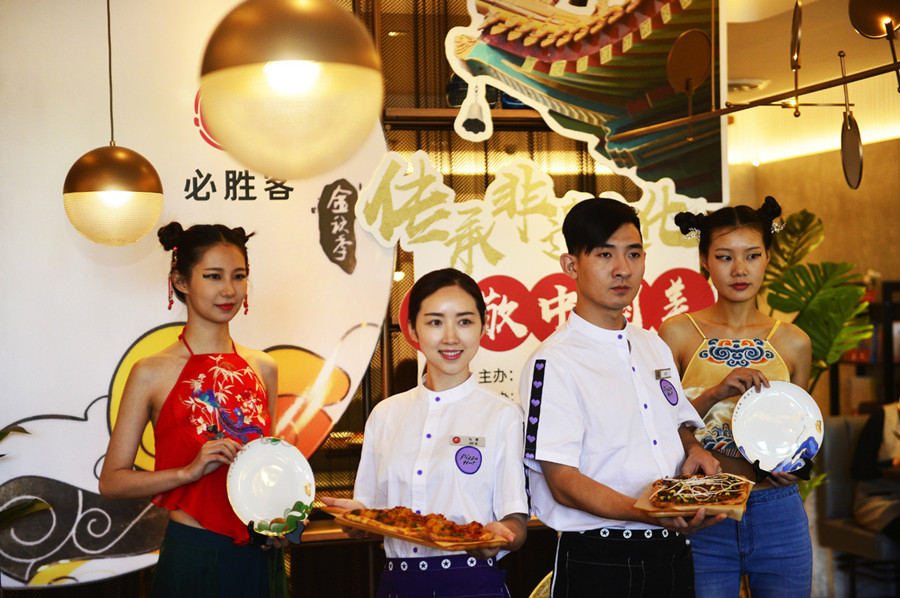