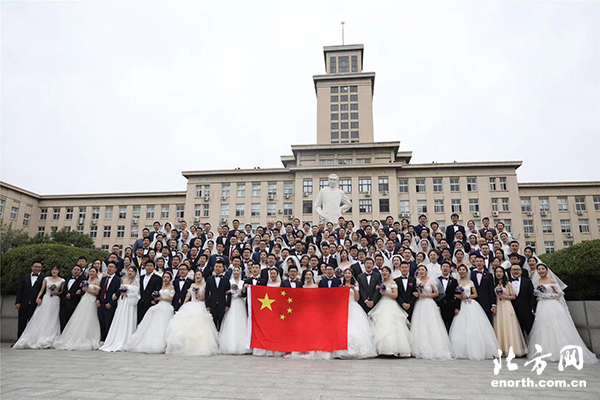 More than 100 alumni couples tied the knot at a special ceremony on Oct 6 at Nankai University, according to university officials.

The special ceremony which involved former students who studied at Nankai from 1997 to 2018, marked the upcoming 100th anniversary of the founding of the prestigious university on Oct 17, 1919.

Officials said they returned to the school from 12 provinces and cities.

On the day, nearly 2,000 relatives and friends attended the ceremony.

At 4 o'clock in the afternoon -- accompanied by hundreds of small flower girls, groomsmen and bridesmaid – the couples joined hands to walk along a 100-meter red carpet. There, amid flowers and applause, they  received the best wishes of teachers, students and relatives on all sides.

Nankai University was founded by Yan Xiu and Zhang Boling in 1919.

The institution is known for its effective management, simple yet graceful style of learning and an independent spirit that has nurtured generations of young people. 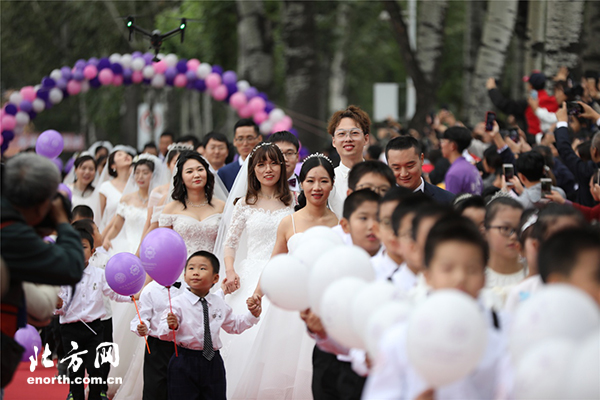