The services industry accounts for more than 90 percent of the GDP of Tianjin's Hedong district, according to a local government press conference held on Sep 2.

Officials at the conference said that its economy was continuing to be boosted by vigorous and innovative initiatives rolled out by the authorities.

"Vigor is a key word in the district's economic development,”said Tian Jinping, head of Hedong.

The district has actively integrated itself with Beijing-Tianjin-Hebei's coordinated development and it has played important role in undertaking Beijing's non-capital functions, local officials said.

Tian Jinping said the district continued to energize its real estate sector by offering more incentives for attracting investment from tier-1 cities like Beijing and Shanghai.

The district ranks top  of governmental service satisfaction surveys in Tianjin. More than 50,000 thousand private commercial businesses have settled in the area and nearly 10,000 have of the total registered this year.

Officials said it is developing a market-oriented innovation system that integrates the efforts of companies and universities.

By Aug, the district has attracted 147 national small and medium size technology companies and 31 high-tech companies.

Many favorable policies have been rolled out by the area to attract and train professionals, including implementation of the Haihe Talent Plan, officials said.

They said the district continues to reform and improve its business environment, effectively cutting down on red tape in a bid to improve administrative efficiency.

"The district plans to make full use of riverside buildings and the trade zone to develop its economy," Tian said, adding that industries were experiencing an upwards trend.

As a result of having committed to building regional business centers, business complexes cover 2.58 square kilometers in the district, he added.

Influential business complexes have attracted a great number of leading consumer brands to the district.

In particular, the east business zone downtown, led by Wanda and the Ai'qinghai shopping mall, have promoted nearby areas.

Efforts have also made in boosting the night economy, too. In July, Hedong district built a night fair called "Lao Men Kou" which saw 54,000 people come to its opening day, generating revenue of 365 million yuan ($51.07 million). 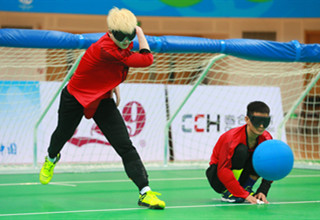