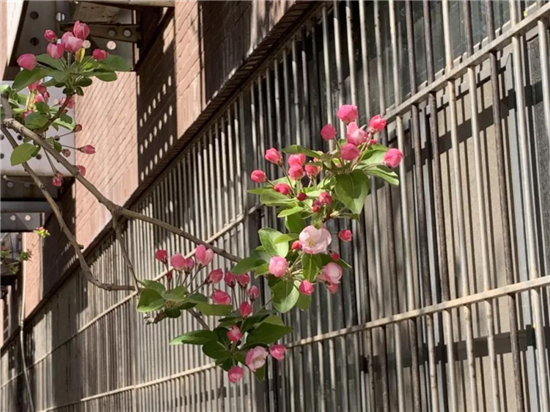 The 8th Crabapple Blossom Festival held by Tianjin University(TJU) commenced on both the Weijin Road campus and the Peiyangyuan Campus on March 31. With various cultural and science promoting activities, it welcomed nearly 40,000 citizens, alumni, teachers and students.

On the TJU Impression route, visitors were offered various activities, exhibitions and lectures to learn more about TJU as the first modern university in China. 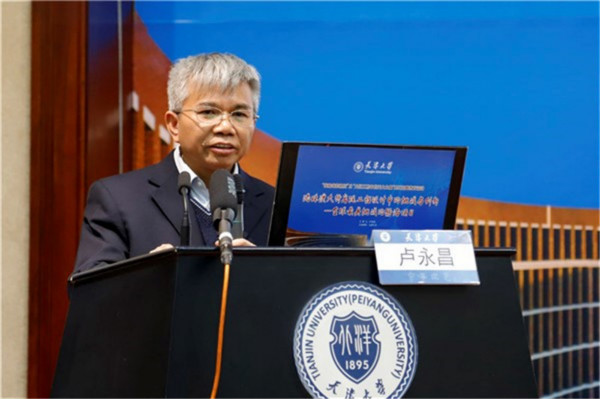 The lecture Hall in the Science Library was packed with people listening to the inspiring speech titled “The story between me and my motherland—TJU efforts in "Mighty Country Project" delivered by Lu Yongchang, an outstanding TJU alumni and the chief engineer of the Island tunnel project in building Hong Kong-Zhuhai-Macao Bridge.

"We are ordinary people doing ordinary things every day. We strive to make the best of every ordinary thing and that consummates great causes." The simple but gripping words of Lu drew thunderous applauds from the audience.

In honor of the 70th anniversary of the founding of the People's Republic of China, a special exhibition composed of documentary materials, historical pictures and personal collections was deployed in the Peiyang Square, telling stories about how generations of TJU alumni have exerted themselves to meet the national strategic demands and made progress in major areas of national economy and engineering projects. 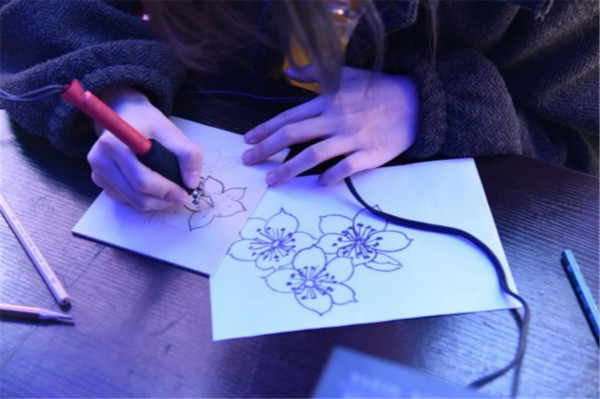 Zhang Xuan, a senior liberal art student spoke excitedly, "I was so proud to know that our predecessors have made such great contributions to the development of the country. We have Wu Ziliang renowned for his work in developing our nation's first atomic and hydrogen bombs, Hou Debang pioneering in Alkali making, Zhang Hanying, the irrigation expert, and so many more…They are the icons we should follow."

The History Museum was open all day long and visitors could get a glimpse into the 124 years' history of TJU. Alumni took photos wearing academic costumes and wrote down their greetings to the Alma Mater in front of the 9th building. For them, the festival is a time for reunion and reminiscence.

"It is also a new beginning, knowing that our next generation is carrying forward what we have fought for in our young days," said Mr Cai, whose grandson is studying at TJU where he and his son used to study. 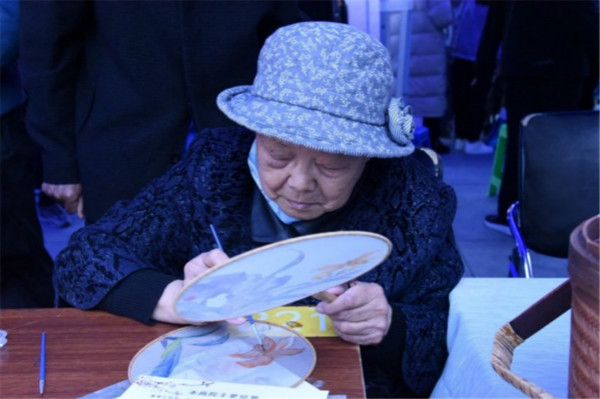 A senior citizen is learning to paint a circular fan. [Photo provided to exploringtianjin.com]