The cultural and creative industrial park of red-brown antique architecture, a mixture of creative design, history and a feeling of modern intertwined art, is located in Haihe East Road, Hedong District, Tianjin. It is hard to imagine that it as an important relic of the Tianjin textile industry – the Tianjin Third Cotton Mill -- which witnessed the history and glory of the city’s textile industry.

Tianjin Third Cotton Mill is located on the east bank of the Haihe River in Tianjin. [Photo provided to exploringtianjin.com]

Entering the Creative Park, one notes that the architecture and decor are full of design sense. In order to preserve the historical architectural style, the construction party carried out protective development of the old site. In the public exhibition hall “1921 Art Space” , each wall tile with nearly 100 years of history was numbered, and then re-repaired and reinforced, which basically restored the original appearance.

According to Liu Zheng, the Tianjin Third Cotton Mill creative industry block opened in 2015, covering an area of 160 mu and a total construction area of 223,000 square meters. It is mainly composed of two parts: one, the upgrading of the old factory building, the occupancy rate of which has reached 75%; and two, the new urban complex along the river, which makes up for the lack of function of the old factory. 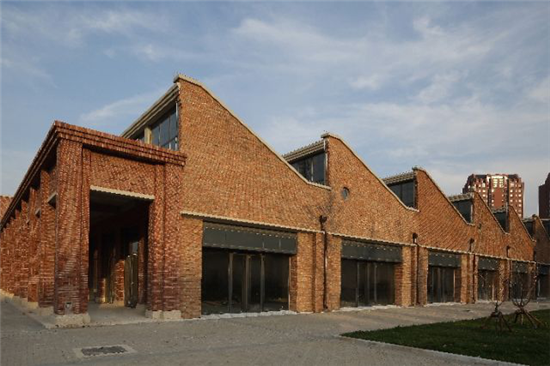 Among the first incubators, Aixingyi Medical (Tianjin) Health Technology Co., Ltd., founded in 2015, is a successful representative. “The new medical model is also a kind of creativity and design, so we will not be incompatible with the park, but we are very dependent on the creative atmosphere here,” said Wang Hui, general manager of the company. 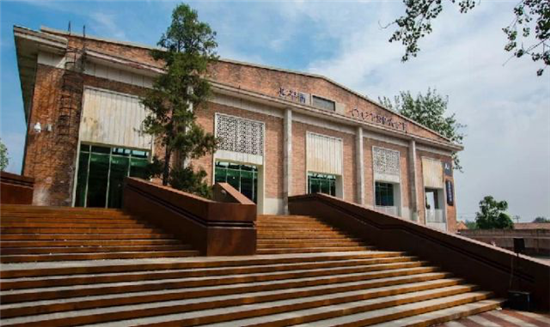 The exhibition hall of Tianjin Overseas Chinese Town Meiya Creative Culture Park, which was transformed from the old automobile factory.[Photo provided to exploringtianjin.com]

With the economic development and industrial transformation, the case of Tianjin Third Cotton Mill is not unique. A number of "urban memories" are being given new functions and positioning.

Established in 2012, Xiangsi Creative Industry Park is the former site of Tianjin Rubber Products Factory. Citizens are able to read at the free "book bar" at its entrance. A modern statue stands in the garden, and green plaques cover the mottled old walls. The industrial vicissitudes and innovative design are harmoniously unified here.

The Tianjin Overseas Chinese Town Meiya Creative Culture Park, located in Zhongbei Town, Xiqing District, Tianjin, recently opened. It is a testament to the passing of a 60-year-old old car factory. Today, nearly 600 mu of industrial relics are shifting towards a “young vitality” creative culture park. According to Zhang Hejun, vice president of Tianjin Creative Industry Association, there are 33 relatively complete industrial sites in Tianjin, covering a total area of 6,200 mu and a building area of 4.6 million square meters. Twenty-one buildings have been reconstructed and used, of which eight have been built into cultural and creative industrial parks with others still in the planning stage.