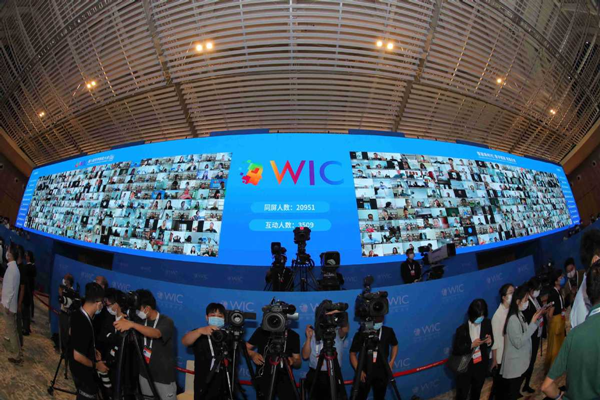 The sixth World Intelligence Congress comes to an end in Tianjin on Saturday. [Photo provided to chinadaily.com.cn]

The sixth World Intelligence Congress concluded in Tianjin on Saturday. A total of 136 deals worth 84.9 billion yuan ($12.69 billion) were signed, most of them in emerging high-tech fields such as information innovation, high-end equipment and bio-pharmaceutical, according to the organizer.

Gong Ke, director of the Chinese Institute of New Generation Artificial Intelligence Development Strategies, said China is in the leading position in intelligent manufacturing, and has seen a batch of outstanding application cases by enterprises, following its national strategy and the positive response of enterprises.

The development of China's AI technology industry has shown a significant increase, which is not only reflected in the rapid growth of scale, but also in the overall expansion of application fields and the accelerated integration with the real economy evidenced in the China's New Generation of Artificial Intelligence Technology Industry Development Report.