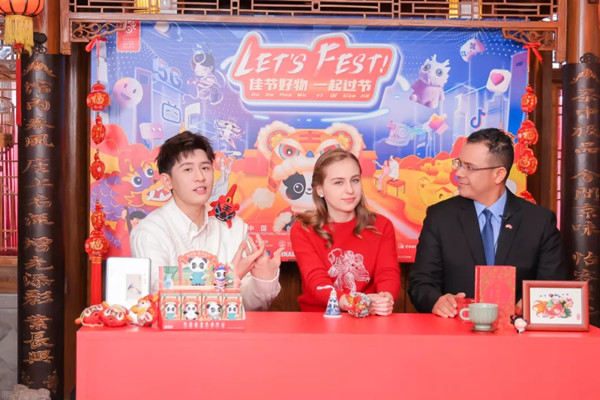 Tianjin’s Yangliuqing woodblock prints, one of the most popular forms of Chinese New Year decor in China, was showcased and shared virtually at a global culture exchange event called Let’s Fest.

Initiated by the Ministry of Culture and Tourism and the Network Centre of International Cultural Exchange, the livestreamed event was held at the Laoshe Teahouse.

The prints, which contain an abundance of themes and content, flourished in Tianjin and the surrounding areas during the period between the late Ming Dynasty (1368-1644) and early Qing Dynasty (1644-1911). 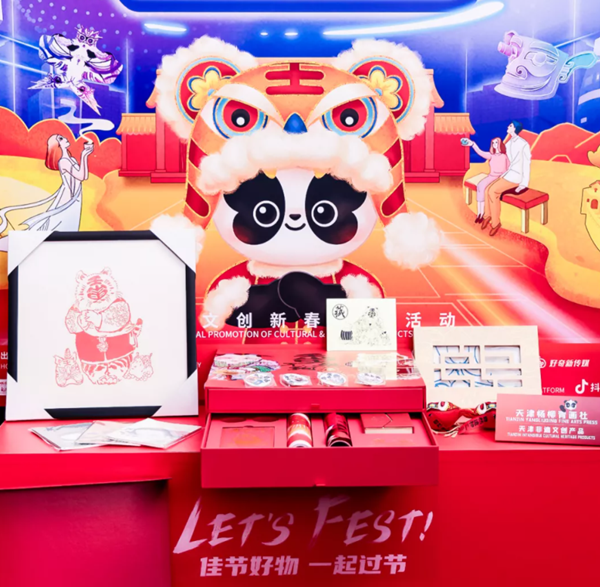 Blind boxes of woodblock-printed tigers created by Dai Dunbang, a master of Chinese painting, and a Yangliuqing team convey blessings in the Year of the Tiger.

The blind boxes were sent to people in the UK, Luxembourg, Belgium, Singapore, the United States, Malta and other countries through Chinese embassies and cultural institutions. 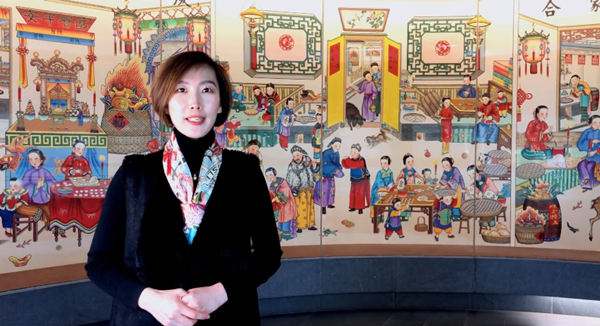 “I hope we can not only bless each festival, recommend good things and culture from our hometowns from a distance, but also get together to better carry out cultural exchanges!” said Wang Yan, an inheritor of the intangible cultural heritage, in a video. "You are welcome to visit the Tianjin Yangliuqing Woodblock New Year Prints Museum to appreciate the 450-year-old art and experience its production process," she added.

Other festive items from all over the world were also on display at the event, such as safflower oil from Kazakhstan, wine from Serbia, and mangos from Cambodia.